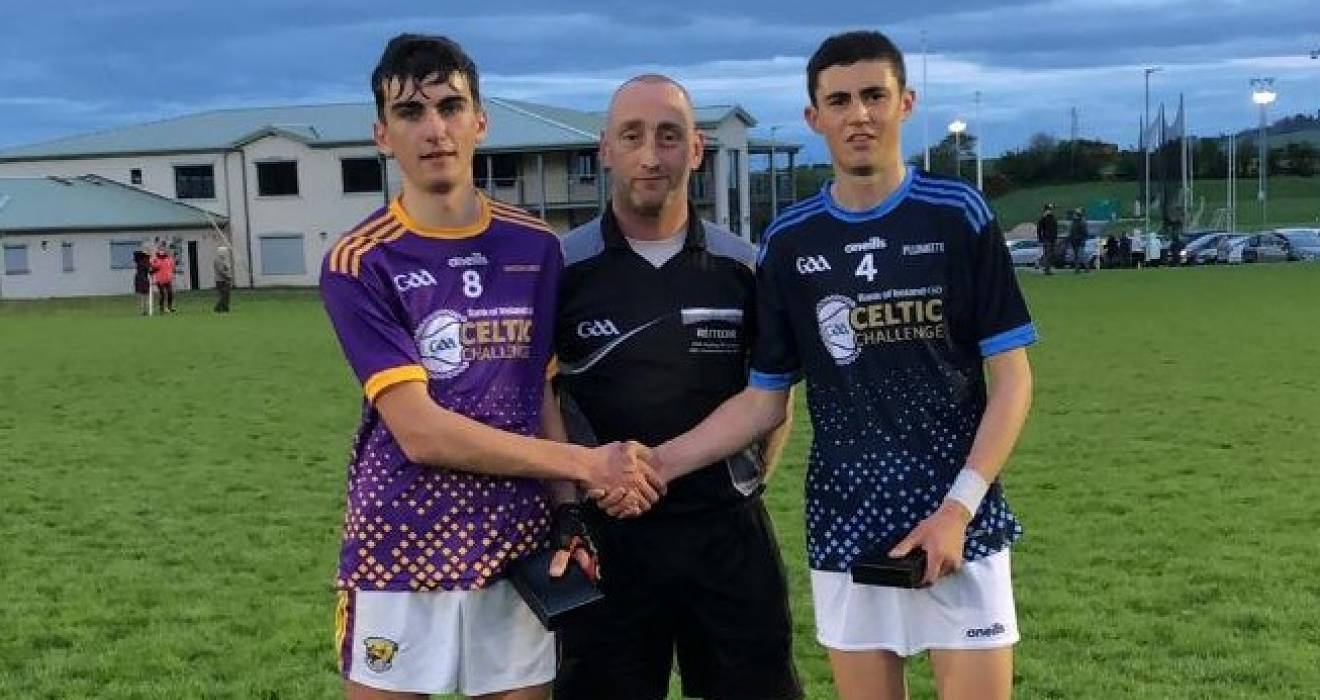 Dublin Plunkett hurlers lost narrowly to Wexford in their opening game of their Bank of Ireland Celtic Challenge Group C campaign at the Wicklow Centre of Excellence, Ballinakill on Wednesday night.

Playing against the wind in the first half Dublin found themselves down by four points inside the opening five minutes before a Sean Purcell goal, from close range, and David Keogh point brought the sides level.

As the half progressed the sides traded points for the following 15 minutes with good scores for Dublin Plunkett coming from Rhys McDonnell (0-2), Niall Fitzgibbon (0-1) and Sean Cooney (0-1).

However, leading up to the half-time interval the Slaneysiders crucially pulled clear points from JJ Twamley, Thomas Kinsella - a converted free and free from a penalty - Zach Breslin, Shem O'Hagan, Shane Flood and Liam Schokman to lead 0-14 to 1-5 at the break.

Dublin Plunkett restarted brightly with Rob Burnett firing over from play but the freetaking of Thomas Kinsella protected Wexford's lead.

The young Dubs rallied with of some top-class point-taking from Dublin’s Connell McGlynn, Daniel Peel, who finished with 1-4, and Sean O’Brien.

With just over ten minutes remaining Wexford still led by six points but Dublin Plunkett came roaring back into contention when Rob Burnett’s route to goal was stopped illegally and Daniel Peel clinically dispatched the resulting penalty to the net.

Daniel Peel added a point to leave just a point, 0-19 to 2-12, between the side with three minutes left.

Although Dublin did have some chances Wexford kept their nerve and sent a point over to put them back two points ahead and they held on.

Paddy Doyle (Dublin Plunkett) and Thomas Kinsella (Wexford) were chosen respectively for the Best and Fairest and Player of the Match awards by referee John Keenan (pictured, above).

The Celtic Challenge is an U17 tournament for non-leaving certificate students who are not in their county's minor panel.The Plunkett panel is comprised of the Dublin under-16 development squad excluding lads who have made the match-day 24 for minors in Leinster MHC.

Next Wednesday night (May 8) Dublin Clarke face Wexford at the Wicklow Centre of Excellence, Ballinakill (7.30) while Dublin Plunkett face Offaly in Birr (7.30).

The following Wednesday (May 15) Dublin Clarke meet Laois in Porlaoise (7.30) while Dublin Plunkett have a bye.

The final group games are on Wednesday, June 5 when Dublin Plunkett encounter Laois in Abbottstown (8.0) while at the same time Dublin Clarke play Offaly.